by Motonobu Aoo and Toshiro Eirakayu

Yamato was a province in Honshu under the Shogun period.  It corresponds today with Nara Province. Nara is its most important city, known for its temples, especially the large Todai-ji temple.

Japanese history knows a Yamato period, when the Japanese Imperial Court ruled Japan.  This period is divided into a Kofun (ca. 250 – 538) and an Asuka period (538 – 710). During the latter period, the capital was relocated to Asuka, south of Nara.

It was one of the five provinces in the capital region under the Shogun regime. These five provinces were: Yamashiro, Yamato, Kawachi, Izumi and Settsu and they were concentrated around Kyoto, Osaka and Nara.

In WW II the Japanese called the lead ship of heir fleet the Yamato; it was the largest battleship ever built. 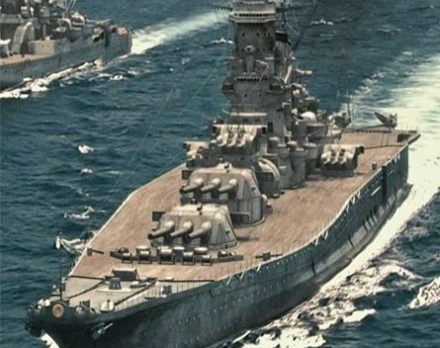 The Kokugun Zenzu was an atlas made under the Tokugawa shogunate and given as a present to the favorite warlords. It contains more than 70 regional maps of Japan and was compiled by Motonobu Aoo and Toshiro Eirakayu.

Based on the work of Japanese master Ino Tadataka (11 February 1745 – 17 May 1818). He  was a Japanese surveyor and cartographer. He is known for completing the first map of Japan using modern surveying techniques.

He surveyed Japan, a task, which consumed the 17 years of his life, covered the entire coastline and some of the interior of each of the Japanese home islands. During this period Inō reportedly spent 3,736 days making measurements (and traveled 34,913 kilometres), stopping regularly to present the Shogun with maps reflecting his survey’s progress. He produced detailed maps (some at a scale of 1:36,000, others at 1:216,000) of select parts of Japan, mostly in Kyushu and Hokkaido.