Very rare: oldest map of Japan, and … based on Polo’s description

From: Isolario (Book of Islands), printed by Nicolò Zappino in Venice, 1528

The first map of Japan, based on the hearsay account of Marco Polo. Let’s be clear: Marco Polo has never been in Japan either. It’s existence was doubted by many cartographers until it was rediscovered by the Europeans when first Portuguese ships arrived in 1543.

Born in Padua, Bordone trained as an “illuminator and wood-engraver, working in Venice where, in 1508, he was given permission by the Senate to print maps of Italy and the world. No copies of these maps seem to have survived and he is known, therefore, only for his Isolario, printed in Venice in 1528.

Although issued as an ‘Island Book’ it gave prominence to discoveries in the New World and contained three full-size woodcut maps: the World, on an oval projection probably devised by the Florentine engraver, Francesco Rosselli, a map of Europe as a whole, and one of Greece and the North-Eastern Mediterranean. The remainder, about 80 woodcuts, are small maps or ‘charts’ set in the text of the book  (Moreland & Bannister).

The verso side contains a map of Java, then called Iava Maggiore, as it was incorrectly believed to be larger than iava minore, or Sumatra. 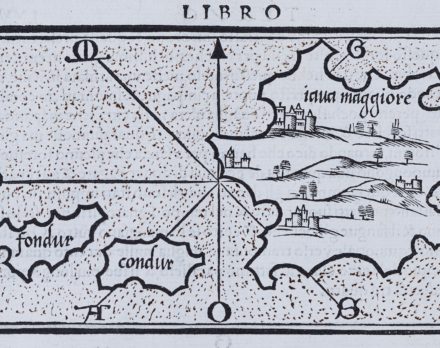 The oldest map of JAPAN by Bordone

This simple woodcut by Venetian Benedetto Bordone (1460-1531) is very first map of Japan ever printed in a Western document; published in his “Isolario” in 1528 (this map is from the second edition 1534).

The accompanying text of Bordone was inspired by the travelogue of Marco Polo, who never had been in Japan. Polo mentioned an island called Zipangu (or Cipangu), from which one thought/thinks it refers to Japan. Therefore, he describes the following (free translation): “the population on the island of Zipangu features a massive amount of gold. The Royal Palace has a golden roof and the floor is covered with gold, two fingers thick”. The word Zipangu is supposed to be an alphabetic transcription of Kij-pên-kwé, the Chinese pronunciation of the characters which describe Japan as the land of the rising sun. Japan is located to the West of China, so from Chinese point of view, it is there where the sun rises…. Think of the Japanese flag! 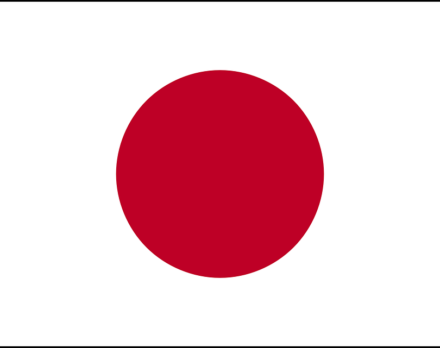 It is believed that the first Europeans on Japanese soil were three Portuguese traders who stranded on the coast of Tanegashima, an Island South of Kyūshū. This is more or less fifteen years after the first publication of Bordone’s Isolario! This map (of which Polo had not given any illustration), looks like the main island of Honshu, just explored. The simple and powerful coast lines and the sketchy mountains are suggestive. Bordone combines conventional with maritime cartography.

The only city mentioned is Ciampagu, which is believed to either Osaka or Kyoto (although not to the coast, still the seat of the Emperor). The Isolario atlas was popular: there were four editions: 1528 1534, 1547, and ca. 1565.

Benedetto Bordone was an Italian cartographer who described in Isolario the islands of the world; a genre that was popular in Venice in the second quarter of the 16th century. Although the woodcuts are pretty rudimentary, the atlas (which was relatively small, 18 on 28 cm). However, it was intended as a navigation tool. This collection of 111 maps contains some of the oldest views of Cyprus and Ireland, among others, and, most importantly, this oldest map of Japan. The Caribbean Islands are well represented. North America is also displayed as an island under the name Terra del Laboratore.