Go back to "Netherlands cities"

Blaeu’s Delft, a jewel to visit

After King Philip II had declared William of Orange an outlaw on March 15, 1580, the latter was killed in the Prinsenhof by Frenchman Balthasar Gérard. He came out for being a refugee nobleman the name Francois Guyon. The facts date July 10, 1584. Gérard was captured and publicly executed on July 14, 1584.

On the market square one notices the Nieuwe Kerk (New Church) and the town hall; just left of them Oude Kerk (Old Church) opposite the Prinsenhof.

Many members of the Nassau family, starting with William of Orange and his son Maurice of Nassau to the princes Claus and Bernard and Queen Juliana are buried in a crypt under the  Nieuwe Kerk. The crypt is not open to the public. 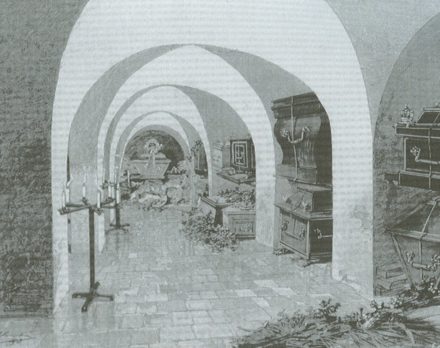 Bottom right runs the Schie, originally a small river but made into an canal and then running into the Overschie. The name “Delf” might indeed refer to the digging (delven) or excavating of the river.  The Overschie then runs into the towns of Schiedam, Delfsfhaven (harbor of Delft) and Rotterdam, all on the Meuse, and now forming part of the port area.

The excavated city sewage (1616-1620; bottom right) was the object was of a famous painting of Vermeer, Gezicht op Delft (View of Delft) held by the Mauritshuis (Den Haag). 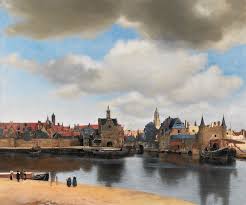 In 1654, so several years after the production this map, the whole northeastern city neighborhood was destroyed after an explosion of a secret underground storage of gunpowder. Carel Frabritius, painter and pupil of Rembrandt was among the victims.